A downloadable game for Windows and macOS

Return of the Skeletal

Return of the Skeletal is a small game about building up a settlement while surviving the monsters that come during the night.

The Skeletal have returned...

and King Skeletal is leading them! The last standing group of settlers must work together to establish a settlement, rebuild their militia, and defeat the evil King Skeletal.

Build houses to shelter your settlers during the nights as well as to help populate your settlement and increase the needed work-force.

Make use of the barracks to train your militia. But keep in mind: once a soldier - always a soldier!

Use your settlers to chop the necessary wood, and mine the necessary stone. A good supply of resources is the key to a flourishing settlement.

Return of the Skeletal is city-building stragety game where you must collect resources in order to expand your settlement. An expanding settlement can hold more villagers and build a large army used to defend against the skeletal invasion.

Upon death, a villager will decompose into a skeletal, turning every death into another threat. This makes it important to keep villagers inside houses during attacks, but keep in mind that houses can be destroyed as well. So make sure that there's always a group of soldiers ready to defend the village.

Im trying to play the windows version on a windows 7 computer, but it keeps saying this version wont work with my pc and to contact the creator, but Idk what to do beyond extracting the files and running the application, is it just not meant for my inferior nividia?

oh yeah, its a windows 7 computer running windows 10 and before it tells me it cant run it it tells me this the first time

Right click the Exe/shortcut and press: run as admin.

This wil probably fix the problem.

Reply
That Other Fish1 year ago

Interesting. What platform are you running on?

i am running it on windows 10. when i play the game i can right click but it doesn't always work. the flag just goes away almost instantly. sometimes when they go to the location but they don't collect the wood or stone. building works fine too.

oh it works fine the next day for some reason. still can't mine some of the rocks and cut some of the trees but i can survive multiple nights right now. maybe a simple computer restart did the trick?

Reply
That Fish1 year ago

It could have been an issue with the user interface not being handled properly in Windows.

I'm having this problem right now as well. I can move my soldier but not the villagers. They can't move or harvest trees/stone. The flag just flashes and disappears.

in the paste i dont know what to do

can someone help me

Very simple and hard as fuck

Just picked up the game, looks fun.  Just wondering if there might be a Linux build of it by chance?

Reply
That Fish1 year ago (1 edit)

Hey, we made a Linux build and tried it, but the engine had major issues handling the UI. We made an effort to track down the issue, but it somehow seems to be independent of our UI code, and is rather an issue with the game engine.

It is possible that it will be fixed later, and then we'll make sure to upload a Linux build. Sorry for the inconvenience.

Tips on how to play the game (some of them are explained in the manual but I didnt' read it at first)
- The first thing to this game is to get used to the controls: RMB to build, you also need to get used to LMB to deselect
- This is stupidly obvious but took me a while to figure out: the guys with hats are Soldiers, they can't farm, they only fight
- Put soldiers in house to make create babies > new villagers;
- skeletons can spawn anywhere (including lit areas, so always have a few soldiers around. Early game you just need 2 at choke points, later you def need 3 or 4
- resources cap at 50, so you don't need that many trees and rocks and food
-  To get through the first night, I just made 4 fields, 2 house, 1 barrack . After than just keep on making soldiers, you never need more than 3, 4 farmers

- during first night, pan your camera to see where the skeleton king is. You have to do this bc you'll hit the wood cap pretty soon and need to spend wood to build bridge in that direction

The game gets interesting once you take 5~10mins getting used to the controls!

Reply
That Other Fish2 years ago

Yup! We purposefully left some stuff out of the manual for the players themselves to discover. We want trial & error to be a strong factor in how you approach playing. Good strategy guide right here. So I’m assuming you defeated King Skeletal?

lol I didn't, but now I just did bc you asked. I attacked during day, built a wall outside the dungeon to have a choke point, then a tunnel of soldiers; had 1 soldier run up to draw aggro, then let the King Skeletal run through the tunnel of soldiers

Reply
That Other Fish2 years ago 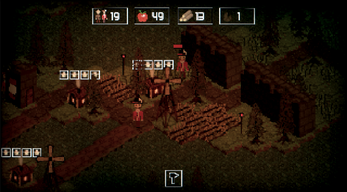 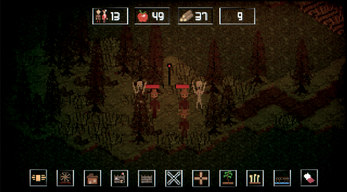 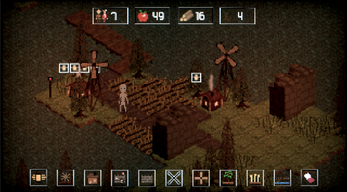 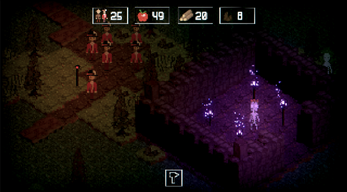